The FDA is investigating potential links between canine heart disease and diet — specifically grain-free dog food diets. AKC has compiled the information you need to know to understand this ongoing investigation.

Why is the FDA Investigating Grain-Free Dog Food? 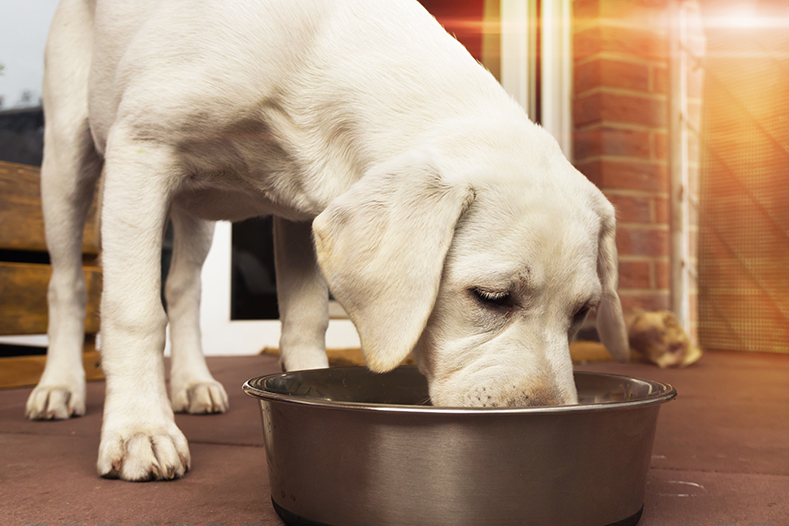 It is easy to panic anytime we see an FDA headline about pet food. After all, keeping our dogs healthy is essential to us, and we know that diet can make a big difference in a dog’s well-being. We reached out to Dr. Jerry Klein, the Chief Veterinary Officer of the AKC, to hear his thoughts on the ongoing FDA investigation.

“The FDA is investigating a potential dietary link between canine dilated cardiomyopathy (DCM) and dogs eating certain grain-free dog foods. The foods of concern are those containing legumes such as peas or lentils, other legume seeds, or potatoes listed as primary ingredients. The FDA began investigating this matter after it received reports of DCM in dogs that had been eating these diets for a period of months to years. DCM itself is not considered rare in dogs, but these reports are unusual because the disease occurred in breeds of dogs not typically prone to the disease.”

Between January 1, 2014 and April 30, 2019, the FDA received 524 reports of DCM (515 dogs, 9 cats), and most reports were submitted after the FDA’s first public alert in July 2018. The total number of pets affected is greater than 524 because some reports included multi-pet households.

What is Canine Heart Disease or Dilated Cardiomyopathy (DCM)?

Dilated cardiomyopathy (DCM) is a type of canine heart disease that affects the heart muscle. The hearts of dogs with DCM have a decreased ability to pump blood, which often results in congestive heart failure.

Some breeds, especially large and giant breeds, have a predisposition to DCM. These breeds include Doberman Pinschers, Great Danes, Newfoundlands, Irish Wolfhounds, and Saint Bernards. While DCM is less common in medium and small breeds, English and American Cocker Spaniels are also predisposed to this condition.

The reports submitted to the FDA span a wide range of breeds, including many without a known genetic predisposition. When early reports from the veterinary cardiology community indicated that recent, atypical cases in breeds like Golden Retrievers, Labrador Retrievers, Whippets, Bulldogs, and Shih Tzus all consistently ate grain alternatives in their diets, the FDA took notice.

Should you be Concerned About Grain-Free Dog Food?

In the FDA’s July 2019 update on diet and canine heart disease, they examined labels of dog food products reported in DCM cases to determine whether the foods were “grain-free” (defined as no corn, soy, wheat, rice, barley or other grains), and whether the foods contained peas, lentils, chickpeas, beans, or potatoes (including sweet potatoes). Their report states that more than 90 percent of foods reported in DCM cases were grain-free, 93 percent of reported foods contained peas and/or lentils, and 42 percent contained potatoes/sweet potatoes.

According to Dr. Klein, “At this time, there is no proof that these ingredients are the cause of DCM in a broader range of dogs, but dog owners should be aware of this alert from the FDA. The FDA continues to work with veterinary cardiologists and veterinary nutritionists to better understand the effect, if any, of grain-free diets on dogs.”

The FDA’s July 2019 update includes the names of dog food brands that were named 10 times or more in reports submitted through April 30, 2019. Most reports were for dry dog food, but raw, semi-moist and wet foods were all represented.

In the Dec. 1 version of the Journal of the American Veterinary Medical Association, Lisa M. Freeman, DVM, Ph.D., DACVN, provided an update to the research on DCM and emphasized the issue is not just grain-free diets. She calls the suspected diets “BEG” diets (boutique companies, exotic ingredients, or grain-free diets).

Freeman emphasizes that although there appears to be an association between DCM and BEG diets, the relationship has not yet been proven, and other factors may be equally or more important.

The FDA encourages pet owners to report cases of dogs and cats with DCM that they suspect to be linked to diet by using the Safety Reporting Portal.

As a general rule of thumb, the best thing you can do for your dog’s dietary health is to consult your veterinarian. Together you can weigh the pros and cons of your dog’s diet and, if necessary, monitor your dog for signs of DCM.